Marx wrote about immigrant workers nearly 150 years ago, and he was certainly not infallible, but a great deal of his analysis sounds remarkably contemporary.… Among his insights, largely ignored by economists and activists alike, is the one Marx considered “most important of all”: the way immigration can be used to create “a working class divided into two hostile camps.”

On April 9, 1870, Karl Marx wrote a long letter to Sigfrid Meyer and August Vogt, two of his collaborators in the United States. In it Marx touched on a number of subjects, but his main focus was the “Irish question,” including the effects of Irish immigration in England. This discussion seems to have been Marx’s most extensive treatment of immigration, and while it hardly represents a comprehensive analysis, it remains interesting as a sample of Marx’s thinking on the subject—at least on one day in 1870.

Given the intense and often bitter debates over immigration now taking place in the United States and Europe, the letter to Meyer and Vogt has received surprisingly little attention from the modern left. Immigrant rights advocates in particular have ignored Marx’s thoughts on the issue, especially his remark—which reflects his assessment of how the capitalist system operates—that the influx of low-paid Irish immigrants to England forced wages down for native-born English workers. In fact, many present-day supporters of immigrants’ rights have taken the side of liberal economists who insist that immigration actually boosts wages for native-born workers.[...] 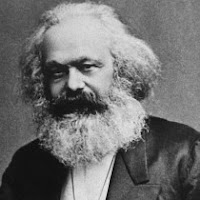 Update:  This article is now available in Italian on the website of Rifondazione Comunista as “Marx sull’immigrazione: Lavoratori, salari e status legale,” translated by Maurizio Acerbo.

Posted by The Politics of Immigration: Questions & Answers at 11:13 PM