"The practice of citing conservative agitators is often characterized as “bothsidesism,” but here the news outlets only presented one side—the one on the far right—without even a hint that the claims might not have a factual basis."

On January 20 Donald Trump actually said something accurate about immigration.

Anti-immigrant pundits like Ann Coulter were attacking the president because he appeared to be offering to extend DACA protection for three years. They took to the airwaves and social media to denounce any DACA extension as an “amnesty.” “No, Amnesty is not a part of my offer,” Trump tweeted back, and for once he was right.[…]

Posted by The Politics of Immigration: Questions & Answers at 10:41 PM No comments: 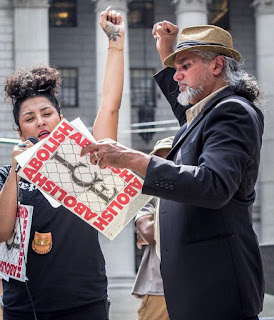 Monday, January. 28, 2019, 9 am
26 Federal Plaza, New York, NY
Info: https://istandwithravi.org/ http://www.newsanctuarynyc.org/
Immigrant rights activist Ravi Ragbir has been scheduled to report to ICE on Monday. Ravi cannot be deported because he continues to have stays of removal from the Federal District Court of New Jersey and the U.S. Court of Appeals for the Second Circuit. But instead of cancelling this report date, as ICE has done in the past, ICE has changed it from a deportation date into a “check in.”
ICE aggressively targets New York community members, and during the government shutdown continued spending its resources on requiring Ravi and countless others to check in. But we know the power of community. In the spirit of New Sanctuary’s accompaniment program, the Ravi Defense Committee asks that we all join in accompanying Ravi and in a Jericho Walk, starting at 9:30am.
Two Screenings of “Undeterred”
New York will be hosting two screenings of Undeterred, a documentary about community resistance in the rural border town of Arivaca, Arizona. Undeterred is an intimate and unique portrait of how residents in a small rural community, caught in the cross-hairs of geo-political forces, have mobilized to demand human rights and to provide aid to injured, oft times dying migrants funneled across a wilderness desert. 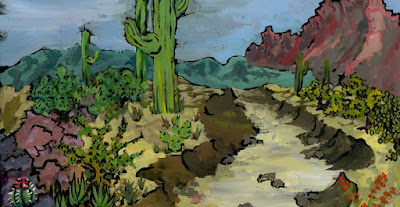 Doors open at 5:30 pm. There will be a panel discussion at 7 pm following the screening. Featured will be filmmaker Eva Lewis and community organizer Carlota Wray. Both Eva and Carlota volunteer with People Helping People (PHP), an Arivaca-based community organization that provides crisis relief and advocates for border demilitarization.

Posted by The Politics of Immigration: Questions & Answers at 9:06 PM No comments:

Families For Freedom: “Divide and Conquer” 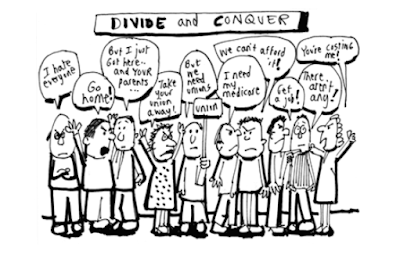 January 19, 2019
In a recent address regarding the border wall at the beginning of this month, Donald Trump made an attempt to pit American minorities against immigrants. Most likely reading words written by Stephen Miller, the President directed his demonization of black and brown non-citizens to black and brown citizens: “All Americans are hurt by uncontrolled illegal migration. It strains public resources and drives down jobs and wages. Among those hardest hit are African Americans and Hispanic Americans.” This calculated artifice wants to continue the marginalization of the most oppressed in this country.

The argument has two goals: first, to bait the general public into hardening or developing inherently anti-black and brown views on immigration; the second is to limit the power of oppressed people by hindering their ability to form a collective front.[…]

To read more, subscribe here.
Posted by The Politics of Immigration: Questions & Answers at 11:56 AM No comments: Posted by The Politics of Immigration: Questions & Answers at 8:20 AM No comments:

The Politics of Immigration’s co-authors talk with Building Bridges hosts Mimi Rosenberg and Ken Nash on NYC's WBAI from 7 to 7:30 pm EST, Monday, January 14, 2019. Topics include what's new under Trump, what's the same, and what we can do about it.